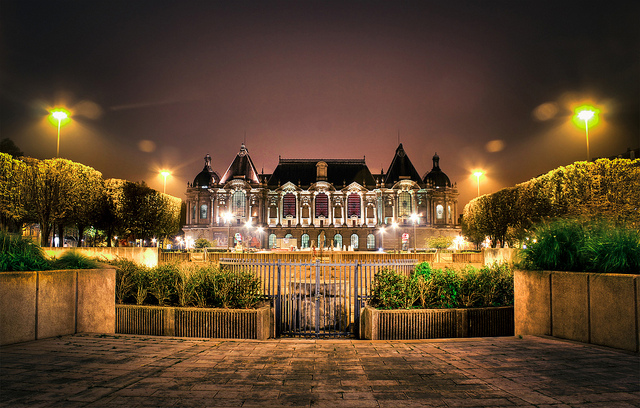 If you are looking for a quick European mini-break that is easy to get to from London then it doesn’t get
much easier than Lille, which lies in the north of France. About 90 minutes, direct train, from the centre of
London to the centre of Lille, easy. But is it worth visiting? Would you take the kids? Absolutely. In
this article we share with you a few of the things that make Lille a perfect family-friendly
destination.

Lille is one of the oldest towns in Europe – believed to have been established around the year 640.
Throughout the years the region was held by the Gauls, the Saxons, the Franks, the Vikings, the
Normans, and the Magyar. It was under the rule of the princes of Flanders that Lille began to really
flourish, becoming famous for its cloth fair during the 12th century. Lille only became part of France
in 1667 after Louis XIV laid siege. Heavily damaged during World War I (1914) and again occupied
by German forces in World War II, Lille has subsequently struggled to find its place in the modern
world. The expansion of the TGV and Eurostar rail links has put Lille at the centre of transport
triangle connecting Paris, London, and Brussels, and there is a new sense of confidence and
purpose across the city.

The Palais des Beaux Arts (Fine Arts Museum) is housed in a stunning building that is matched by
the quality of the collection that it contains. Napoleon had a good eye for art, and as he marauded
across Europe he would bring swags of art back to France with him, distributing it to cities across
the country. Lille did particularly well in this cultural redistribution – fantastic paintings from all the
masters, but the kids will probably most enjoy the tremendous collections of statues and the scale
models of fortified cities. A slightly different cultural experience is La Piscine Musee d’Art e
d’Industrie – yes, it’s a museum in a swimming pool. Not just any swimming pool though – this is art
deco at its finest and the art it showcases (including some great sculpture) somehow works within
this watery temple.

Wander down Rue de Gand to find some lunch – there’s a huge range of restaurants to choose
from and most of them offer really good fixed-price menus that are great value for a
substantial lunch.

Hunt for some bargains

If you can time your visit accordingly, Lille’s annual Braderie (or flea market) is held on the first
Sunday in September each year. Over two million visitors flock to Lille for the market – the largest
of its kind in Europe. It’s a great atmosphere and as well as a myriad of stalls selling paintings,
antiques, ornaments and anything else you can think of, there are a huge number of food stalls
selling traditional foods such as waffles, mussels, and french fries.

Grab the kids, jump on a train, and throw yourself into this intriguing corner of France that still
bears the scars and the fruits of all the bruising encounters it has endured from it’s many owners
throughout history. Lille is really quite lovely.