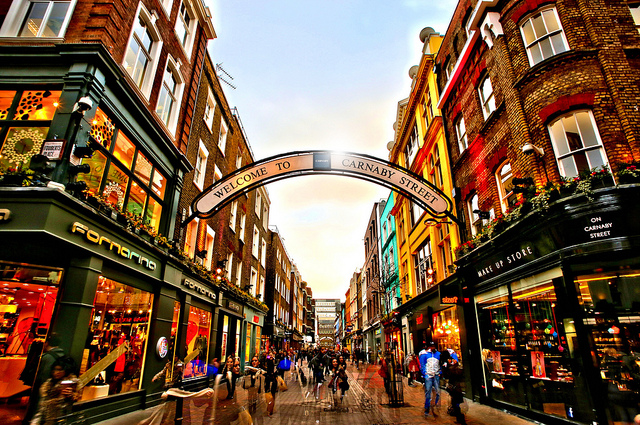 London’s Soho may not seem like an obvious choice for a day out for the family. This is one of London’s most famous entertainment and nightlife areas – full of pubs, sex shops, gay bars, and the normal edginess that can make a night out on the town an exciting proposition. When you’re trying to entertain the kids though, this is normally the type of area that you would stay away from. But things have been changing in Soho – here’s a few family-friendly activities that are worth exploring.

Picnics
If it’s a sunny day, a great place for a picnic is Soho Square. This is an ancient little square, typical of London, and dates back to the late 1600s. There are often table tennis tables set up here so you can challenge the kids to a game. If you are making this expedition educational, Soho Square features in the Dickens’ classic “A Tale of Two Cities”. There’s also a bench hear that commemorates singer Kirsty MacColl (remember she sang with the Pogues on the fantastic song “Fairy Tales of New York”) although that may be a bit of an obscure reference for the kids.

Movies
Soho is home to much of the UK’s film, media and post-production industry. As you wander the streets of Soho you will see a lot of posters of film and television productions proudly displayed in the windows of the agencies that have worked on them. See if you can spot Hammer House which is the famous film company that produced a slew of gothic horror classics. You are also just one block away from the cinemas of Leicester Square so you could also make your Soho excursion a real movie-loving experience.

Shopping
Soho has great shopping – some really interesting and fashion-forward boutiques. However, to keep it interesting for the kids, head to Carnaby Street. This little shopping street became famous in the 1960s, setting the trends for the decade and becoming synonymous with Mod fashion and the big British bands at that time such as the Small Faces, The Who, and the Rolling Stones who were often seen shopping here when performing nearby.

Treats
There are some great cafes and restaurants in Soho – and a couple that will definitely get the kids excited. For ice-cream head to Gelupo in Archer Street. An offshoot of the well-respected Italian restaurant Bocca di Lupo (which is across the road), Gelupo makes the kind of ice-cream and gelato that you dream of – amazing flavour combinations. Head down Wardour Street and you’ll find the chocolate shop of Paul A. Young. This is a chocolate lover’s heaven – lots of samples to try and a huge array of truffles to choose from (make sure you try the salted caramel – amazing). A few doors down stop for cake at Princi. This is busy, bustling bakery with a stunning array of cakes to choose from.

These days there is a lot more to Soho than lap-dancing bars and dingy back-alleys. Take the kids on a London adventure and show them the best of this vibrant and exciting neighbourhood.