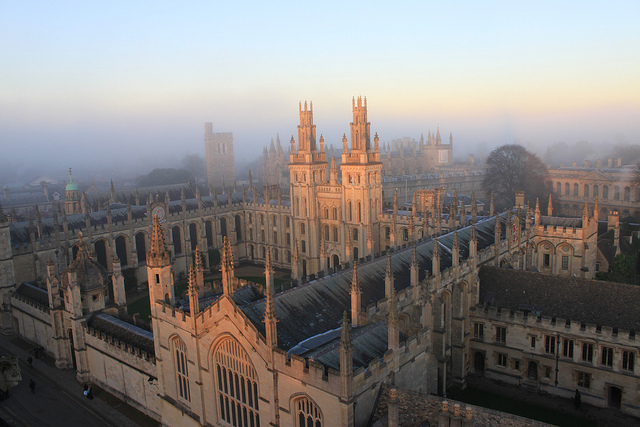 If your family is obsessed with the world of Harry Potter, then one of the destinations in the United
Kingdom that will probably appeal to them is the English university town of Oxford. While Oxford
may not be teeming with wizards, muggles, and magic, their is a a real sense of old-world history
about this place where you can easily imagine students throwing themselves into games of
quidditch or studying hard in order to be able to cope with whatever adventures may lie ahead.

Easily accessible by train from London, Oxford is a great destination for a family expedition – in this
article we share with you a few of our favourite things to do.

The city of dreaming spires

The first permanent settlement in the Oxford area is believed to have been established around the
year 900AD. Throughout the ages it was an important political and strategic stronghold the reigning
Saxon and Norman kings, and survived frequent raids by Danish viking. Wandering the streets of
Oxford you get a real sense of ancient history and a city that has stood the test of time.

Learning throughout the ages

Oxford University is so old that no one really knows when it was established. The earliest evidence
that can be found shows that it was in operation in 1096 so its origins date back to some time
before then – making it the oldest university in the English-speaking world. Unlike most modern
universities, there isn’t a designated university campus – its buildings, colleges, departments,
accommodation, and other facilities, are scattered throughout the city. Students are often dressed
in formal caps and gowns which makes them easy spot.

One of the benefits of being a university town is that Oxford is blessed with a wealth of top
museums – one of the best (in terms of family friendly appeal) is the University Museum of Natural
History. Some of its best exhibits are skeletons of Tyrannosaurus rex and Triceratops as well as
the most complete remains of a dodo found anywhere in the world. If you’d prefer to see some
actual live animals then head to the nearby Cotswold Wildlife Park – huge grounds to explore and
animals from around the world such as rhino, zebra, and a walkway through the giraffe enclosure
that brings you eye-to-eye with these tall but graceful giants.

Relive your favourite scenes from Hogwarts

If you fancy a bit of a Harry Potter experience then you can visit a lot of the Oxford locations that were
used in the films. One of the best is Christ Church with its vaulted ceilings and staircases that will
look familiar to fans of the movies. Also it was the Tudor architecture of the dining hall in Christ
Church College that was used as the inspiration for the Great Hall of Hogwarts. Other Harry Potter
locations to visit are New College, the Bodleian Library, Pitt Rivers Museum, and Blenheim Palace.

Whether you are exploring the fantasy world of magic and movies, or just wandering through the
living history of this ancient university town, Oxford is definitely worth including your list of
destinations to take the family.